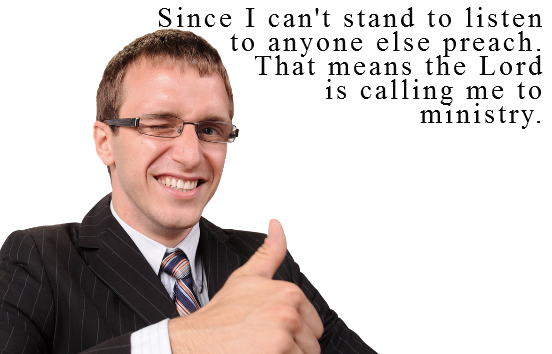 Paul, a servant of God and an apostle of Jesus Christ, for the sake of the faith of God’s elect and their knowledge of the truth, which accords with godliness, in hope of eternal life, which God, who never lies, promised before the ages began and at the proper time manifested in his word through the preaching with which I have been entrusted by the command of God our Savior;

To Titus, my true child in a common faith:

Grace and peace from God the Father and Christ Jesus our Savior.

This is why I left you in Crete, so that you might put what remained into order, and appoint elders in every town as I directed you— if anyone is above reproach, the husband of one wife and his children are believers and not open to the charge of debauchery or insubordination. For an overseer, as God’s steward must be above reproach. He must not be arrogant or quick-tempered or a drunkard or violent or greedy for gain, but hospitable, a lover of good, self-controlled, upright, holy, and disciplined. He must hold firm to the trustworthy word as taught so that he may be able to give instruction in sound doctrine and also to rebuke those who contradict it.

For there are many who are insubordinate, empty talkers and deceivers, especially those of the circumcision party. They must be silenced since they are upsetting whole families by teaching for shameful gain what they ought not to teach. One of the Cretans, a prophet of their own, said, “Cretans are always liars, evil beasts, lazy gluttons.” This testimony is true. Therefore, rebuke them sharply, that they may be sound in the faith, not devoting themselves to Jewish myths and the commands of people who turn away from the truth. To the pure, all things are pure, but to the defiled and unbelieving, nothing is pure; but both their minds and their consciences are defiled. They profess to know God, but they deny him by their works. They are detestable, disobedient, unfit for any good work.

After Paul planted a church in Crete he left to plant other churches. Paul was more than a pastor to a single congregation. He was the apostle to the Gentiles. Paul needed to leave Crete to complete his mission. So, Paul left Titus in Crete to continue the work of an evangelist. This letter makes it clear that Satan was also at work in Crete. He worked to overthrow the government of the Church and corrupt the doctrine Paul had left.

The assault on the church was two-pronged. The first assault came from inside the church. There were those who wanted the position of pastor. Because Titus did not follow their wishes, they assaulted the doctrines of the church. The second assault was from the Jews. They claimed to support the Mosaic Law.
Paul writes to support Titus with his own authority. Paul also writes to encourage Titus. Pastoring a church under these circumstances is a tremendous burden. This is not a private letter to Titus. It is a public letter to the church at Crete.

It is improbable that Titus was placing the wrong type men in a leadership position. It is much more likely Paul is supporting Titus. The list of qualifications was to quite those claiming the right of leadership in the church when they had no right to do so. Also, Paul required a minister to have received correct instruction in sound doctrine. This is to allow the elder to withstand the assaults of false teachings.

The letter opens with Paul re-establishing his credentials. Then moves to calling Titus his child in the faith and reiterates why Paul left Titus in Crete. Titus was in charge of setting up the church. The Apostles did not have fixed churches assigned to them. When they left a city they needed to find suitable substitutes. Paul affirms he founded the church but workmen were to build on the foundation he laid.

This is the job of all pastors. All churches need progress. All churches need to evangelize. Paul laid a foundation. Titus was to add to it. Titus’ job was not to change anything Paul had done but to add to it what was missing. That is, doing what Paul would have done if he had had more time. One of those things was the training and appointing pastors.

Some may think Paul gave too much power to Titus. Having Titus appointing pastors takes away the power of the church to select a pastor from qualified men. The answer to this concern is simple. Paul does not give Titus the authority alone. Paul has Titus preside, as moderator, at the elections. This was a common way of expressing how the early church selected pastors.

As the moderator, Titus had the authority to reject a candidate.

The chief gift of the elder is to have is to hold fast to God’s word. No one can teach well if they are not ready to learn. Teaching is the primary reason to select an elder.

To govern the church, an elder needs a solid understanding of the Word or Scripture. The pastor should have two voices. The first is to gather the sheep. The second is to ward off the wolves. The Scriptures provide him both.

Paul recognizes that Titus will need to deal with obstinate and incorrigible people. They talk a good game. But they are deceivers. Their conversation and concern are trivial and frivolous speculation. They contribute nothing but empty high-sounding language intended only to impress others. They add nothing to piety and the fear of God. Paul says they were chiefly the Jews.

There is a movement today to return to the Jewish Law. I know a pastor in the Church of the Nazarene who teaches we should not eat pork. The reason is, it is against the God’s Law. Paul here is saying we are to rebuke those who would return us to the Law as strong as we can. We are not to place them in positions of leadership because they upset entire families. The pastor is to ready himself for a battle for the sake of a single soul. How much less tolerable is it to see whole households overturned.

To the pure, by this Paul refers to the Christian. The Christian is not pure because of himself. He is pure because he has imputed to him the righteousness of Christ. To the Christian all things are pure. The context makes clear Paul is referring to Jewish claim of clean and unclean. To those who do not have the imputed righteousness of Christ, nothing is unclean or impure. Everything an unbeliever touches is unclean because they are unclean. Whereas everything a believer touches becomes clean because of Christ.

Paul condemns the actions of the false teachers as well as their doctrine. Sound doctrine and actions are bound together. While we are not saved by works, Scriptures teach a changed life produces actions or works. (Matthew 7:16-20, James 2:14-16, 1 John 3:17)