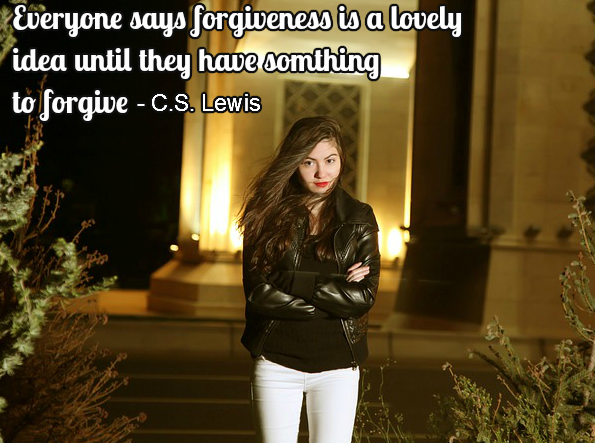 Accordingly, though I am bold enough in Christ to command you to do what is required, yet for love’s sake I prefer to appeal to you—I, Paul, an old man and now a prisoner also for Christ Jesus— I appeal to you for my child, Onesimus, whose father I became in my imprisonment. (Formerly he was useless to you, but now he is indeed useful to you and to me.) I am sending him back to you, sending my very heart. I would have been glad to keep him with me, in order that he might serve me on your behalf during my imprisonment for the gospel, but I preferred to do nothing without your consent in order that your goodness might not be by compulsion but of your own accord. For this perhaps is why he was parted from you for a while, that you might have him back forever, no longer as a bondservant but more than a bondservant, as a beloved brother—especially to me, but how much more to you, both in the flesh and in the Lord.

So if you consider me your partner, receive him as you would receive me. If he has wronged you at all or owes you anything, charge that to my account. I, Paul, write this with my own hand: I will repay it—to say nothing of your owing me even your own self. Yes, brother, I want some benefit from you in the Lord. Refresh my heart in Christ.

Confident of your obedience, I write to you, knowing that you will do even more than I say. At the same time, prepare a guest room for me, for I am hoping that through your prayers I will be graciously given to you.

Epaphras, my fellow prisoner in Christ Jesus, sends greetings to you, and so do Mark, Aristarchus, Demas, and Luke, my fellow workers.

The grace of the Lord Jesus Christ be with your spirit.
Observation

The theme throughout the letter is forgiveness. Philemon is to forgive and accept Onesimus back. Philemon was not just to take him back as a slave but accept him as a brother in Christ.

Paul could have commanded Philemon to accept Onesimus back without retribution. Instead, Paul desired more than obedience to a command. Paul wanted Philemon to exercise love. He was certain this would happen. So he allows it to occur rather than interfering. This should serve as a reminder to pastors. They are to sooth the hearts of their people with gentleness. Love grows with instruction. Paul lets Philemon know what is right and allows Philemon to do what is right.

In that time and culture, Onesimus was not considered valuable. He was actually a liability. A punishment was not only considered justified, it was considered required. But when Paul says he is sending Onesimus back he is sending his heart to Philemon. That is how much Onesimus meant to him. If Philemon treated Onesimus with cruelty, he was treating Paul’s heart with cruelty.

But, Onesimus was useful to Paul. But Paul had no legal right to keep him. Philemon had not given either Paul or Onesimus permission. All we have belongs to God. Paul is giving Philemon the ability to recognize that fact and act according to what is right. Paul does not tell Philemon to free Onesimus or send him back. Paul allows Philemon the joy of expressing forgiveness. Philemon has an opportunity to forgive as God forgave him.

Paul reminds Philemon he should not take offense at the flight of his slave. It was this act which was beneficial to Philemon. As long as Onesimus was at heart a runaway, Philemon could not enjoy Onesimus service. Onesimus was wicked, unfaithful, and untrustworthy. But now Onesimus was a fellow brother and a worthy servant. Onesimus was a new man. That is, Onesimus is another man.

Paul had earlier lowered himself by calling Onesimus his son. But Paul lowers himself even further by giving up his right and his honor to a runaway slave. He implores Philemon to show Onesimus mercy and accept him as he would accept Paul himself. It is our duty to intercede for others so they may repent and receive forgiveness. Plus, we should treat them with gentleness and kindness. God treated us with gentleness and kindness by the sending of His son to pay the price for our sin.

Onesimus probably stole something from Philemon. This is not uncommon with fugitives. Paul tells Philemon not to attempt to extract it from Onesimus. Paul will repay it. Onesimus did not even have the ability to repay it anyway.

Does this have a strange sound of familiarity? It should. We had a debt we could not pay. Christ stepped in and said He would repay it. We too were once disobedient and useless servants. But by the grace and forgiveness of God, we are now useful. This is Paul’s argument to Philemon. We have been forgiven much. So, we should forgive much. (Luke 7:47) Paul seals this promise by taking the pen from the scribe and writing the words himself. Christ sealed His promise with His own blood.

Often times our emotions get in the way of us seeing what is obvious. In this case, Philemon has that problem Paul reminds him of the debt he owes. “Philemon put what Onesimus owes you in my account. And oh, why don’t you just subtract it from what you owe me. You owe me, your own self. By saying Philemon owed Paul his own self, Paul means he owed his Christian faith to Paul’s ministry.

Paul makes a statement he wanted something from Philemon. This is an uncommon occurrence in Paul’s letters. As a rule, Paul asks for nothing. Paul is not asking for anything material. He is asking for Philemon to show kindness to someone he loves.

Many have condemned Paul in this letter for not commanding Philemon to free Onesimus. They see slavery as immoral and not commanding the freeing of a slave as a moral weakness in Paul. We need to be careful not to apply our modern understanding of morals to ancient times. That was another culture and time in history. The gospel does not overturn civil governments. We often forget that. It does not set aside power and authority.