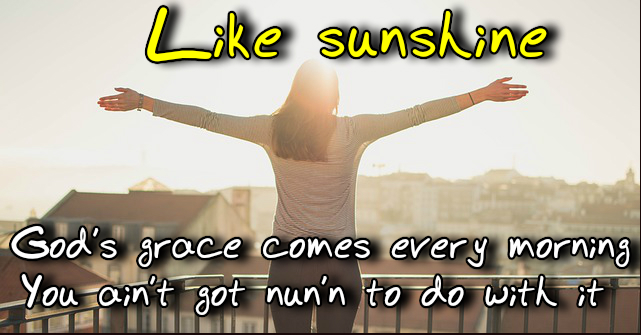 When they had crossed over, they came to land at Gennesaret and moored to the shore. And when they got out of the boat, the people immediately recognized him and ran about the whole region and began to bring the sick people on their beds to wherever they heard he was. And wherever he came, in villages, cities, or countryside, they laid the sick in the marketplaces and implored him that they might touch even the fringe of his garment. And as many as touched it were made well.

More than one or two miracles attested Christ’s glory. His miracles filled Judea. The Jews did not despise Jesus out of ignorance. They did so out of wickedness. With malice aforethought, they conspired against God.

Wherever, Christ went, He healed the sick. Christ’s physical healing was only an allusion to something much greater. Christ heals souls.

Men see physical needs as greater than their spiritual needs. You may have heard skeptics claim Christ was not truly loving.  They would claim since Christ was selective in His healing, He was not loving. Imagine how we could fill churches today if physical healing were a regular occurrence. People would flock to churches. But physical healing was not the ultimate purpose. Physical healings were to show Christ was the Son of God.

Notice their theology did not heal them. The people were superstitious. They attempted to limit Christ’s grace to His presence or touching that which touched Him. e.g. His robe. His word was not enough. They needed to do something. They needed to touch His robe.

Christ’s grace extends to us today. The fact that Christ’s presence is not physical does not limit His power.

We do not add a single thing to God’s grace. Our superstitions do not diminish His grace. It is His grace alone which saves us. We add nothing to it, augment it or enable it.

If that is true, what do we do with the phrase, “And as many as touched it were made well.” It sounds as if touching the robe was the instrumental cause. We could come to that conclusion if we did not have the rest of scripture. The principle is scripture interrupts scripture.

Remember the woman suffering from a discharge of blood? (Matthew 9:18-22, Mark 5:25-34, Luke 8:43-48). In every account, Jesus said she received healing through faith. He did not say because she touched Him. Our faith may be weak. We may think we need to do something to receive Christ’s grace. We do not. Praise God! We cannot limit God.

Jesus says we do not. We receive grace through faith. Faith is the instrumental cause. And to shows the grace of God, even our faith is a gift from Him. (Ephesians 2:8).

Praise God for His immense grace!