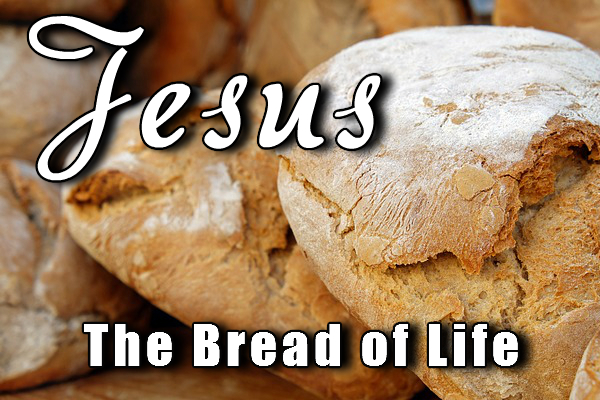 The apostles returned to Jesus and told him all that they had done and taught. And he said to them, “Come away by yourselves to a desolate place and rest a while.” For many were coming and going, and they had no leisure even to eat. And they went away in the boat to a desolate place by themselves. Now many saw them going and recognized them, and they ran there on foot from all the towns and got there ahead of them. When he went ashore he saw a great crowd, and he had compassion on them because they were like sheep without a shepherd. And he began to teach them many things. And when it grew late, his disciples came to him and said, “This is a desolate place, and the hour is now late. Send them away to go into the surrounding countryside and villages and buy themselves something to eat.” But he answered them, “You give them something to eat.” And they said to him, “Shall we go and buy two hundred denarii worth of bread and give it to them to eat?” And he said to them, “How many loaves do you have? Go and see.” And when they had found out, they said, “Five, and two fish.” Then he commanded them all to sit down in groups on the green grass. So they sat down in groups, by hundreds, and by fifties. And taking the five loaves and the two fish, he looked up to heaven and said a blessing and broke the loaves and gave them to the disciples to set before the people. And he divided the two fish among them all. And they all ate and were satisfied. And they took up twelve baskets full of broken pieces and of the fish. And those who ate the loaves were five thousand men.

The disciples reported to Jesus everything that happened during their missionary journey. Jesus took them to a place where they were to get some rest. This was because the crowds were always around needing something. People did not even give them time to eat.

This happens today. Oh, Pastor, I need a little of your time. It won’t take long at all. Can’t you spare even a ½ hour or 15 minutes? When we want something, we want it now. When something is important to us, we think it should be important to everyone. We fail to realize everyone else is asking for a little bit of their time also.

Jesus went by boat to a remote location. They left tired and hungry. Remember the crowd had not even given Him time to eat. But many saw where Jesus was going and ran there on foot.

When he got to the location the crowds had beaten Him there. He had compassion on them and taught them. Jesus saw they were like sheep without a shepherd. That is, they were leaderless. They had no protection from wolves i.e. false teachers.

Even tired and hungry Jesus felt compassion. He cared for their needs first. The miracle of the bread and fish is remarkable by itself. It is even more remarkable Jesus did it while exhausted and hungry Himself.

They came to Jesus because they were like sheep without a shepherd. It was not because they recognized Jesus as the Christ. They left their home looking for some sort of purpose. They wanted someone to give them direction. They wanted the gifts Jesus offered. They wanted their nation to be great again. In other words, their purpose was not pious. Their only interest was what they could gain.

Even so, Christ had compassion on them. Today He looks down from heaven and has compassion on us. Our desires and motives are self-serving. Yet, He gives us His grace and mercy.

The disciples think Jesus has let the time slip away. They think Jesus is unaware of the lateness of the hour. Besides that, they are hungry too. They interrupt Jesus’ teaching to remind Him where they are. They are in a desolate place. The evening is coming. The people need to eat. They need time to go to the villages and buy something to eat.

The disciples’ reaction may have come from a genuine concern of the people. Or, they may have been looking for an excuse to send the crowd away. Remember, they were hungry and tired also. Or, it could have been some of both.

This is the point Jesus turns to the disciples to teach them. The disciples needed food. They were tired. They needed refreshing. Yet Jesus tells them to give the people something to eat. Say what!

John tells us who responded. The other Gospel writers say “the disciples said.” So even though the words came out of the mouth of one. They all thought it. It was Philip who responds that two hundred denarii would not be enough to buy food for everyone. Andrew said they only had five loaves and two small fish. I imagine Andrew saying this with a bit of sarcasm.

Jesus told His disciples to sit the crowd in groups. The disciples were anxious and hungry. So, Jesus tested their obedience. He gave them a command that seemed to be absurd. There was no food available. There was no understandable reason for this command.

Christ took the bread and blessed it. Our food comes from God. It is His grace that provides it. He provides even for sinful men. Paul says God makes all food holy through His God’s word and prayer. (1 Timothy 4:5;) Sinful men have no faith. They do not consider the blessings of God. They do not offer Him thanks. With their unbelief, they corrupt and pollute all that is by nature pure. They then corrupt and defiled themselves by the food they eat. To unbelievers, nothing is clean even though they believe nothing is unclean.

The crowd eats to their fill. From Christ’s blessing, there was plenty. The disciples carried off 12 baskets full of food. There was one for each apostle. They were no longer hungry. They were refreshed.