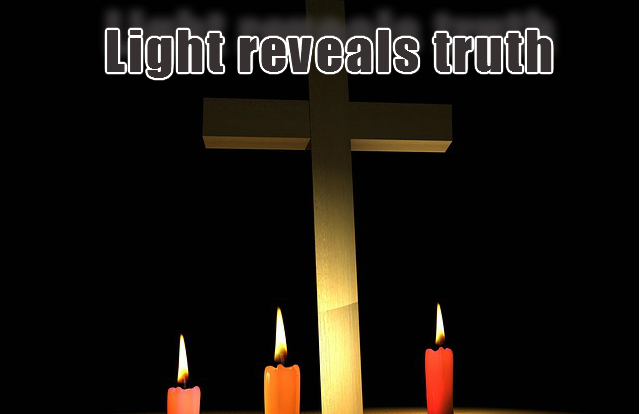 And he said to them, “Is a lamp brought in to be put under a basket, or under a bed, and not on a stand? For nothing is hidden except to be made manifest; nor is anything secret except to come to light. If anyone has ears to hear, let him hear.” And he said to them, “Pay attention to what you hear: with the measure you use, it will be measured to you, and still more will be added to you. For to the one who has, more will be given, and from the one who has not, even what he has will be taken away.”

This parable answer the complaint, “That’s not fair!”

The truth is available to all. As a lamp lights a house. The Gospel illuminates the truth. But men refuse to see it. Seeing they do not see.

Jesus told His disciples to, “pay attention to what you hear.”

Some believe God gives the same amount of grace to everyone. That is not true. Evidence proves that false. But, we are responsible to respond to the grace God gives us.

There is such a thing as common grace. Common grace is the grace God gives to all. The fact we draw our next breath is due to God’s grace. The rains fall on the just and the unjust. We are to present the gospel to all men. What they do with it determines their destiny.

Jesus said with the measure you use, it will be measured to you. That is, God dispenses more grace to those who accept His grace. The more you accept His grace the more grace He gives. God will reveal the mystery of the kingdom in direct measure to one’s faithfulness to Him.

But with this promise, there is also a warning. If His grace is not accepted, what grace He has given, He removes.

Christ thus instructed the disciples they were to instruct others. As candles are lit and give light to a room.