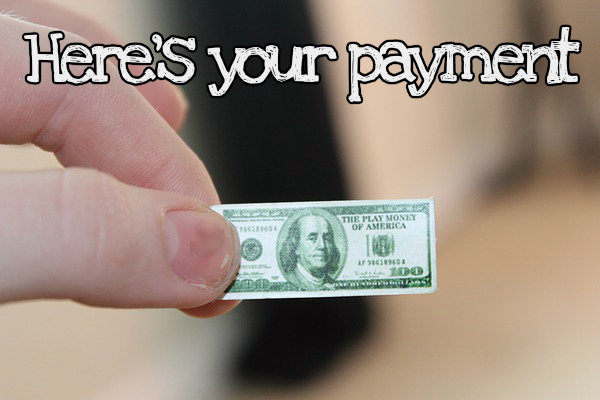 It was now two days before the Passover and the Feast of Unleavened Bread. And the chief priests and the scribes were seeking how to arrest him by stealth and kill him, for they said, “Not during the feast, lest there be an uproar from the people.”

And while he was at Bethany in the house of Simon the leper, as he was reclining at table, a woman came with an alabaster flask of ointment of pure nard, very costly, and she broke the flask and poured it over his head. There were some who said to themselves indignantly, “Why was the ointment wasted like that? For this ointment could have been sold for more than three hundred denarii and given to the poor.” And they scolded her. But Jesus said, “Leave her alone. Why do you trouble her? She has done a beautiful thing to me. For you always have the poor with you, and whenever you want, you can do good for them. But you will not always have me. She has done what she could; she has anointed my body beforehand for burial. And truly, I say to you, wherever the gospel is proclaimed in the whole world, what she has done will be told in memory of her.”

Then Judas Iscariot, who was one of the twelve, went to the chief priests in order to betray him to them. And when they heard it, they were glad and promised to give him money. And he sought an opportunity to betray him.

This passage shows Christ offered Himself to die. This was not simple obedience. This was a willing gift. God was not appeased by a sacrifice that is only the result of obedience. The Son of God was willing to die a horrific death to reconcile the world to the Father. He could have escaped. But His offering was voluntary.

Two days before the Passover, the chief priests and scribes conspired to kill Christ. His death was a premeditated murder. He had done nothing deserving of death. Yet those in power sought to kill Him. Why? Jesus threatened their power.

John tells why the scribes and priests held this meeting. It was because every day the people flocked to Christ in larger numbers. “If we let him go on like this, everyone will believe in him, and the Romans will come and take away both our place and our nation.” (John 11:48) They decided to kill Jesus to preserve their positions of power. They could not win against Him any other way. They had tried. Men whose arguments do not stand often resort to violence.

Jesus walked among them in the open. But they could not touch Him during the feast. They needed a plan with plausible deniability. They needed to wait until after the feast. The people would disperse by then. But, God hastened their plans.

Jesus went to Bethany. This was right outside of Jerusalem. He went into a house owned by Simon the leper. There he was eating a meal with His disciples and other guests. A woman comes, breaks an alabaster flask, and anoints Jesus with pure nard. John tells us this was Mary the sister of Lazarus.

Nard or spikenard is a fragrant oil from the root and spike of the nard plant of northern India. It was not native to the area. The ointment was rare and expensive.

Many at the table were indignant. And they said so. They were vocal about it. This was an expensive ointment. It was worth almost a year’s wages. To pour it out was a waste of money. Not only the ointment but the jar was alabaster. That was an expensive jar. And she broke it. The woman could have sold the perfume and aided the poor. Is not that more consistent with Jesus’ teaching? They thought Mary had not learned anything from Jesus.

Mary showed the inestimable worth of Jesus. She showed the great value of His death, and what His sacrifice on the cross would do.

The irony is they were the ones who had not learned their lessons. They failed to realized worship is the highest value. Giving to the poor is valuable only as a form of worship. Otherwise, it becomes self-aggrandizement. It is a means to bring glory to ourselves.

We often reverse values. Man is not the highest good. God is. Deeds that appear good are still evil absence of worship to God.

Mark says some of the disciples complained about the waste. John tells us Judas made the complaint. Many writers attribute an action of one to the many. They do this when they are in agreement with the perpetrator.

This demonstrates how one evil person can influence a group. Even those who, under normal circumstances, are reasonable and sober are influenced. If we are not careful we too can get caught up and deceived by the sin of others. Evil men find it easy to lead us to evil thoughts and actions.

What was Judas motive? John tells us that Judas cared nothing about the poor. He was a thief and wanted the money for himself.

Isn’t it amazing how Judas stole from a small treasury? Jesus and His band never had much. Stealing a little from a small purse satisfied Judas. Yet, when he had a great treasure offered him, he turned it away. Are you guilty are a similar absurdity? Rejecting Christ’s offer of salvation for a little bit of a small purse?

Temperance and frugality marked Christ’s life. But now He approved this extravagance. He admonishes those who were harsh with Mary. He said Mary’s actions were proper. But, He did not say her actions were an example to follow. We are not to contrive expensive modes of worship. Jesus said what she did as a single instance pleased God. Mary’s actions were for a good and particular reason. The Spirit directed and inspired Mary.

Christ said there will always be poor. We always have the opportunity to aid others. He did not say, there will always be poor, so do not try to help them out of poverty. He always provides a means to worship through service. Poverty does not arise by accident. It has a purpose. God gives us opportunities to exercise charity. In short, Christ teaches us to dedicate to Him both ourselves and all our property. Christ’s desire is for us to give what we have to others in the worship of God.

Christ said people everywhere would remember Mary’s action. Wherever the gospel is proclaimed will be remembered. Why? It is a testimony to His death.

Luke tells us that at this point Satan entered Judas. Satan drives each of us to commit crimes against God every day. When he enters into a person he takes control and removes the fear of God.

Like the demons drove the pigs to their death in Mark 5, Satan drove Judas to his destruction.

Judas betrayal delighted the Jewish leaders. This gave them the opportunity they wanted. They could later say, “See how bad Jesus was. Even one of his own disciples recognized it.”

The Chief Priests paid Judas for his betrayal. They paid him thirty silver coins. That was not even half the value of the perfume. Again Judas abandoned a great treasure for a little bit from a small purse.

How often are you satisfied with a little from a small purse?