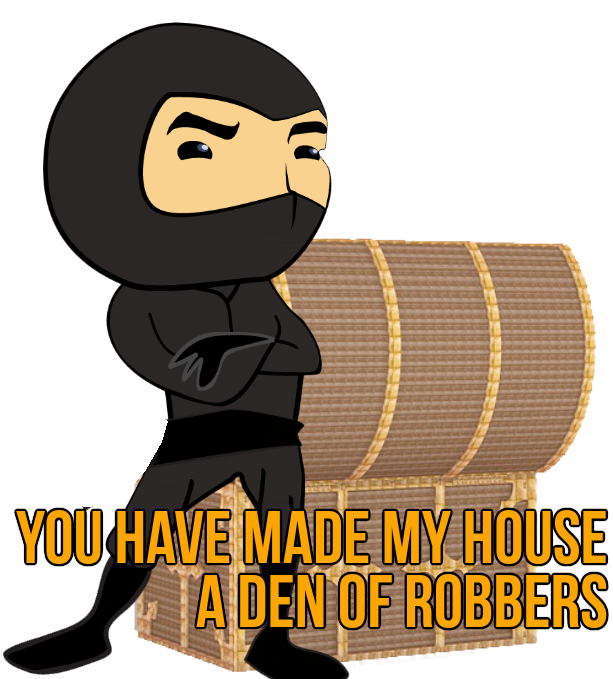 And they came to Jerusalem. And he entered the temple and began to drive out those who sold and those who bought in the temple, and he overturned the tables of the money-changers and the seats of those who sold pigeons. And he would not allow anyone to carry anything through the temple. And he was teaching them and saying to them, “Is it not written, ‘My house shall be called a house of prayer for all the nations’? But you have made it a den of robbers.” And the chief priests and the scribes heard it and were seeking a way to destroy him, for they feared him because all the crowd was astonished at his teaching. And when evening came they went out of the city.

The was a practice of selling the needed sacrifices in the court of the Gentiles. Gentiles were not allowed anywhere else in the temple.

The temple priests used the Court of the Gentiles as a bazaar. You could argue this was a needed service. They were providing the sacrifices needed for the Jews to worship. The pilgrims needed to exchange their money for Temple money. Roman money was not allowed in the Temple because it had a picture of Cesar on it. It was an idol. The sacrificial animals needed to be without blemish. This was an aid for the Pilgrims to Jerusalem to buy acceptable animals.

You could argue the vendors were providing a needed religious service. This practice allowed pilgrims more time to worship on Passover. They did not need to wander the city purchasing the needed sacrifices. This also guaranteed the quality of the animal.

Jesus said they made the temple a den of robbers. This has caused some to claim the exchange rates were abusive. The exchange rates were unimportant. They may have been outrageous. But that is not what upset Jesus. Jesus said, “My house shall be called a house of prayer for all the nations, but ye have made it a den of robbers.” Who were they robbing? They were robbing God of the Gentiles’ worship. They were robbing Gentile of the ability to worship God. Is it any wonder it angered Jesus?

This was not the only time Jesus clears the temple of merchants. John mentions it at the beginning of Jesus ministry. So, Jesus cleansed the temple at least twice.

There are several reasons this practice was abhorrent. First, it robbed God of worship. Second, the priest mocked God by selling merchandise for their own gain and greed. Third, even the slightest deviation from God’s command deserves correction. No matter what excuse men may use, it is evil.

Jesus drove the merchants and bankers out of the temple to restore its purity and worship of God.

We are guilty of the same offense. We use church sanctuaries as multi-purpose rooms. We bring in bands or comedians because “It will attract people to the church.” How often have we heard we need to change this or that for convenience? Convenience is not a valid reason to violate or pollute the worship of a holy God.

When men contaminate the Church of God, all God’s children should grieve. But God alone has authority to bring correction.

The chief priests and scribes heard what Jesus had done and wanted to kill Him. But they were afraid of a mob uprising. The crowd was amazed at Jesus teaching. He taught with majesty and authority.