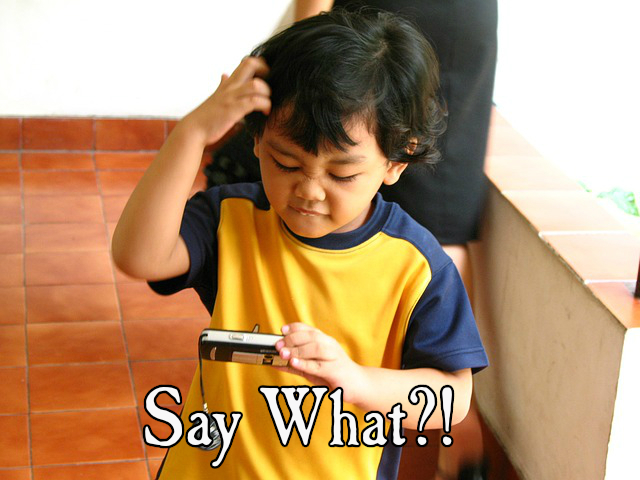 Christ told His disciples about his impending death and resurrection. It is easy for us to think the disciples were dense. They did not get it. It is so obvious. But it is obvious only on this side of the cross. The idea of a suffering Messiah was not in their wheelhouse. So, what Christ said made no sense. It was confusing. Christ gave them a riddle. “A little while, and you will see me no longer, and again a little while, and you will see me.” It was a riddle that was impossible for them to solve with the knowledge they had at that point.

Jesus confused the disciples. And He knew it. It was intentional. Jesus also knew the disciples were going, “What is He talking about?” Jesus’ clarification does not clarify things. “Truly, truly, I say to you, you will weep and lament, but the world will rejoice. You will be sorrowful, but your sorrow will turn into joy.”

The answer did not clear things up. Only after the cross and resurrection did Christ’s statement make sense. Then the disciple could remember and go, “Ah, that’s what He meant!” Jesus explanation does not clarify His statement, at that point. But it does clarify the fact that Jesus gave His life for our sins. And we now have a joy no one can take away.

Christ uses a metaphor to explain they were going to go through a time of great sorrow. They were despondent after Christ’s crucifixion. But their joy after the resurrection caused them to forget their despair. Christ explains that the cause of their sorrow contained the cause of their joy.

Christ then says anything the disciples asked in His name the Father will grant. Many have used this to establish a formula for prayer. They treat this like magic words. They end their prayers of laundry lists of requests for God with “in Jesus name Amen.”

“In Jesus name” are not magic words. Jesus did not intend to say if we end with “in Jesus name.” the Father will give us a new job or a passing grade on a test. Saying, “we ask in Christ name” is not asking in Christ’s name. “In the name of Christ,” means on behalf of Christ. The priest went into the Holy of Holies in the name of the people. That is he went in for their benefit. So too, asking the Father for anything in the name of Jesus means asking on His behalf or for His will and purpose.

To sum up, Good Friday did not appear good when it was taking place. But it was indeed a good day, a very good day. Now we have joy in Christ. We are born again and the Father will fulfill Christ purpose through us. What a gift we have received!