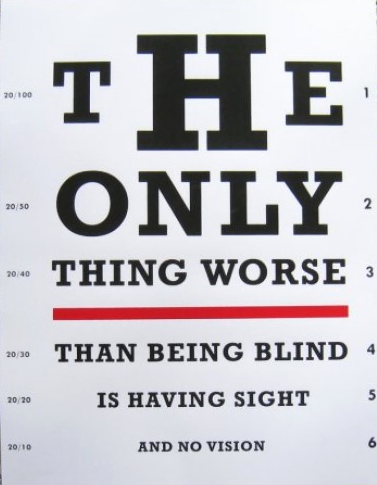 “I can do nothing on my own. As I hear, I judge, and my judgment is just because I seek not my own will but the will of him who sent me. If I alone bear witness about myself, my testimony is not true. There is another who bears witness about me, and I know that the testimony that he bears about me is true. You sent to John, and he has borne witness to the truth. Not that the testimony that I receive is from man, but I say these things so that you may be saved. He was a burning and shining lamp, and you were willing to rejoice for a while in his light. But the testimony that I have is greater than that of John. For the works that the Father has given me to accomplish, the very works that I am doing, bear witness about me that the Father has sent me. And the Father who sent me has himself borne witness about me. His voice you have never heard, his form you have never seen, and you do not have his word abiding in you, for you do not believe the one whom he has sent. You search the Scriptures because you think that in them you have eternal life, and it is they that bear witness about me, yet you refuse to come to me that you may have life. I do not receive glory from people. But I know that you do not have the love of God within you. I have come in my Father’s name, and you do not receive me. If another comes in his own name, you will receive him. How can you believe, when you receive glory from one another and do not seek the glory that comes from the only God? Do not think that I will accuse you to the Father. There is one who accuses you: Moses, on whom you have set your hope. For if you believed Moses, you would believe me; for he wrote of me. But if you do not believe his writings, how will you believe my words?”

It is important to maintain the context of this passage. Jesus is talking to Jewish rulers. There was a man breaking the Sabbath by carrying his bed. He violated the sabbath because Jesus told him to do so. This upset the Jews. Then Jesus doubled down by saying He was equal with God. This made the Jews mad enough to want to kill Him.

So, the context is Jesus was explaining to the Jews who He was and where He gets His authority. Jesus used terms they understood. Remembering this context will help us better understand why Jesus said what He said the way He said it. As long as we remember who Jesus spoke to and why it will keep us from applying our context to it.

If we forget context we could reason Jesus cannot do anything for Himself. Arius used that argument to state Jesus was not equal to the Father. Today groups like Jehovah Witnesses and Mormons do the same thing. First, Jesus did not speak of His Divinity. He was just stating we are not to judge Him by human standards. He was higher than man. Remember who He was dealing with. His intention was to refute the Jews, who were contrasting Him with God.

Jesus said His judgment was just. This ought to be beyond any debate. Yet we do debate it. We forget God is God. And we are not. God defines goodness. We do not. We judge God by what we think is good. We question His goodness by what we think He ought to allow or what we think He should do. When we do that we make ourselves God. We succumb to the temptation of the devil. “You will be like God, knowing good and evil.” (Genesis 3:5b)

What is good is to do nothing except what God commands and by His direction.

When Jesus said He did not seek His own will, His did not say there is a conflict between the Him and the Father. He used the context of the people He spoke to. He said what He did was in harmony with the will and authority of the Father.

Again when Jesus said, “If I alone bear witness about myself, my testimony is not true.” He put it is a language the Jews could understand. He placed it in their context. We know men are prone to exaggeration. So, we discount a person’s own testimony. No one is a competent witness for his own case.

Jesus used the language and culture of the time to convince His accusers by the authority of God.

The Jews recognized God sent John the Baptist. They had gone to John. Why seek John out if they were not going to listen to him? He spoke of Christ. “Behold the Lamb of God.” (John 1:36b) Jesus showed His accusers it was only their own evil hearts that prevented them from believing in Him. They asked John who was the Messiah and paid no attention to his reply.

Jesus said He spoke to the Jews so they might be saved. By this, Jesus meant He did not come to promote Himself but He came for their advantage.

The Jew did not see the truth because they did not want to see the truth. This should serve as a warning to us. God sends faithful teachers to guide us. We are to take care. We are to hear them. We are not to wander off in directions which seem right to us.

Christ cannot be known any other way than through the Scriptures. So, we should read the Scriptures with the express purpose of finding Christ. Christ gave life and the Scripture gives light so we may find life.

The Scriptures themselves command us to seek Christ. Of course, the Scripture Jesus was referring to is the Old Testament. The Gospels were not yet written. Jesus is saying the Law and the Prophets are about Him. When we study the Old Testament we need to remember that.

The Old Testament is about Christ. We are not to read ourselves into the stories about David, Joseph, Moses, etc. We are to read it to see how it points the Christ. The story of David and Goliath was not written as a motivational story. It was not written to show you how to defeat metaphorical giants in your life! The scripture points to Christ.

Jesus said he did not receive glory from people. It did not cause Him any concern that men did not praise Him. Nothing can take away from His glory. Nor are we to become angry when people treat us wrong and without dignity. Our anger is just only when men do not give God the honor due Him.

Jesus said, “I have come in my Father’s name.” There were many false prophets who made that claim. There are many false teachers, and preachers today who make that claim. They claim to receive special revelation or visions from God. Satan has deceived men from the beginning. But Christ comes in reality. He does not come in a hypocritical pretense. He was faithful in the execution of the commission He received.

We ought to not just to reject all who exalt themselves in their own name and claim authority over souls. We are to reject them with strong determination. To tolerate false teachers is to deny love for God. Christ showed that when he said the Jews were eager to accept false prophets and were unwilling to accept Him. When we accept false teacher we are preferring lies over the truth. (Deuteronomy 13:3)

The Jews were trusting in the Law. Jesus told the Jews what they are trusting in condemned them. They tried to keep the law. They thought they could find life in the Law. They were no different than we are today. We try to be good enough. We try to keep all the rules. We think if we can just follow the rules that we will be good enough to get into heaven. To paraphrase Jesus, “Are you Nuts?” If you think keeping rules and being good will save you. It is those very same rules that condemn you. Every time we violation a rule that rule condemns us to hell. It is only God’s grace that saves us. It is only God’s mercy that saves us. It is only the blood of Christ that saves us.