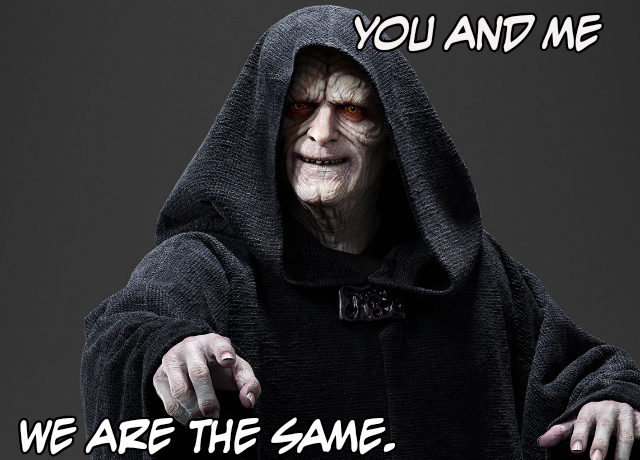 Then they led Jesus from the house of Caiaphas to the governor’s headquarters. It was early morning. They themselves did not enter the governor’s headquarters, so that they would not be defiled, but could eat the Passover. So Pilate went outside to them and said, “What accusation do you bring against this man?” They answered him, “If this man were not doing evil, we would not have delivered him over to you.” Pilate said to them, “Take him yourselves and judge him by your own law.” The Jews said to him, “It is not lawful for us to put anyone to death.” This was to fulfill the word that Jesus had spoken to show by what kind of death he was going to die.

So Pilate entered his headquarters again and called Jesus and said to him, “Are you the King of the Jews?” Jesus answered, “Do you say this of your own accord, or did others say it to you about me?” Pilate answered, “Am I a Jew? Your own nation and the chief priests have delivered you over to me. What have you done?” Jesus answered, “My kingdom is not of this world. If my kingdom were of this world, my servants would have been fighting, that I might not be delivered over to the Jews. But my kingdom is not from the world.” Then Pilate said to him, “So you are a king?” Jesus answered, “You say that I am a king. For this purpose, I was born and for this purpose, I have come into the world—to bear witness to the truth. Everyone who is of the truth listens to my voice.” Pilate said to him, “What is truth?”

After he had said this, he went back outside to the Jews and told them, “I find no guilt in him. But you have a custom that I should release one man for you at the Passover. So do you want me to release to you the King of the Jews?” They cried out again, “Not this man, but Barabbas!” Now Barabbas was a robber.

The Jews concluded their illegal trial They conducted it in secret and at night. Once they reached their predetermined decision. They brought Jesus to Pilot. They did not want to defile themselves. (As if they were not already defiled.) So they did not enter Pilot’s headquarters. But they were guilty of a more hideous offense. They were so afraid of external pollutants, they did not consider their own pollution.

There was no law that prohibited a Jew from entering the house of a Gentile. It was only a precaution derived from tradition. It was a precaution against accidental contamination.

To the defiled and to the unbelieving, nothing is pure; because their minds and consciences are defiled. (Titus 1:15.)

To accommodate the Jews, Pilate when out to meet them. He does so even though Pilate ridicules and despises them. He then asks them for the charges against Jesus.

They act like they had not realized they needed actual charges of a crime. Instead, they demand Pilate agree to their demands. “If this man were not doing evil, we would not have delivered him over to you.” It is like they said, “You can trust us He is guilty. Kill him.” Once again they prove their wickedness.

The Jews insolent response appears to upset Pilot. He tries to dismiss them. He tells them since they found Jesus guilty they were to punish Him. The Jews knew Pilate was not giving them permission to punish Jesus. They understood he only mocked them. So, they responded, you would not allow it. Since you are the judge, do your duty.

Why didn’t they take Pilate at his word? Why not execute Jesus and then if Pilate complained say, “You gave us permission.” The answer is as I have already stated. They knew Pilate was only mocking them. But there is a greater reason. God had ordained that Christ would die at the hands of Gentiles. “And the Son of Man will be delivered over to the chief priests and scribes, and they will condemn him to death and deliver him over to the Gentiles to be mocked and flogged and crucified, and he will be raised on the third day.” (Matthew 20:18-19)

Pilate goes back inside and talks to Jesus. It is probable that many things Pilate and Jesus said many things that are not recorded. But John focuses on the chief point.

Pilate questions Jesus about being the King of the Jews. Jesus’ replied by telling Pilate to think for himself. Pilate was behaving as a mouthpiece for the Jews. It is clear Pilate takes offense at this. But it may be the reason Pilate declares Jesus innocence. Jesus accusation rang true. And Pilate did not like it. He declared Christ’s innocence. But in the end, Pilate was only a mouthpiece for the Jews.

Jesus admits to being a king. But he clarifies His statement. He immediately states His kingdom is a spiritual kingdom. So Cesar had nothing to worry about.

Jesus told Pilate He was born to bear witness to the truth. That was why He was born. Pilot’s reply was to mock Christ. This is clear by the fact he immediately leaves. I envision Pilate giving a dismissive snort like a post-modern. He believed either there is no truth or no one can know the truth. According to Pilot, Jesus could only claim truth because he was not as well educated as Pilot.

It is amazing me how people believe not knowing is a sign of intelligence. If that were the case we could raise everyone’s IQ by closing all the schools. But of course, they don’t actually believe that.

Pilate knows Christ is not guilty of any crime, let alone a crime justifying death. So he tries to negotiate his way out of the situation. He offers up a known robber. He offers to release Jesus or Barabbas. They could have Jesus who was not threat to them. Or they could have Barabbas who endangered their lives and property.

Their choice revealed the depth of their wickedness.

It is easy to condemn the Pharisees. Their wickedness and depravity are on full display. But we should take care. We are no different without the grace of God. We too betray Christ daily. We too prefer that which destroys our life. We too, condemn Jesus daily in our sin. Let us pray for God’s mercy to allow us to live holy lives devoted to Him. For without His mercy we too choose Barabbas over Christ.