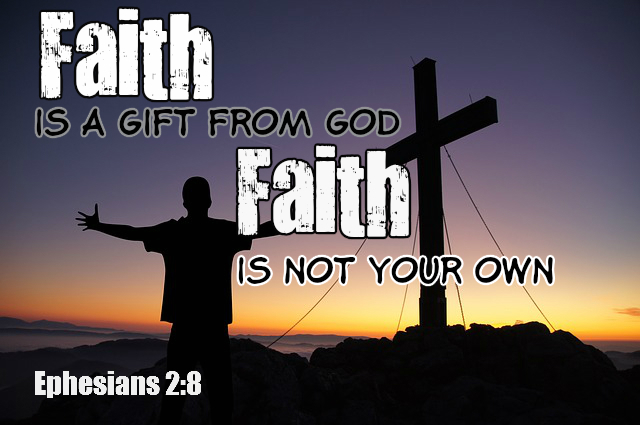 When Jesus had said these things, he departed and hid himself from them. Though he had done so many signs before them, they still did not believe in him, so that the word spoken by the prophet Isaiah might be fulfilled:

“Lord, who has believed what he heard from us,
and to whom has the arm of the Lord been revealed?”

Therefore they could not believe. For again Isaiah said,

Jesus had performed many signs. These signs showed He was the Messiah. Jesus did not sneak around hiding who He was. He did not choose to reveal the truth only to a select few. His signs were in full view of the everyone. Yet they did not believe. Why?

Faith is not common. Faith is uncommon. Faith does not come from within us. It is not something we generate. When someone says you need to have more faith. Usually what they mean is; you need to believe without a good reason. That is not faith. That is credulity. God gives us faith. If you desire more faith don’t look inside yourself. Pray that God will grant you more faith. If you want more faith study the scriptures. Faith comes from hearing. And hearing comes through the word of God. (Romans 10:17)

The answer is simple. But it is but difficult to accept. If you asked 100 people on the street if man is basically good or evil. I am willing to bet 99 out of 100 would say man is basically good. If you ask the general churchgoer, I doubt the response would be must different. Even if we do not think man is basically good, we tend to think he is morally neutral. At the very least the overwhelming number of people believe man has the ability to choose good or evil. And until a person chooses he is morally neutral. In other words, it is our actions that determine our morality. That starting assumption is wrong!

When God prevents us from understanding the truth that is a judgment for our sin. It is not the cause of our sin. Why then does God allow some to believe? He gives the gift of faith to show His mercy. He gives justice to some and mercy to others. No one receives injustice. God is both just and merciful.

Without the grace of God, we too reject Christ. All the Father gives to Christ will come to Him. And Christ will receive all who come to Him. (John 6:37) But we cannot come unless the Father grant us the ability to come. (John 6:44) . When God leads us to Him we become His children. (Romans 8:14).

Praise God and to Him alone belongs the glory. Our salvation belongs to God alone.