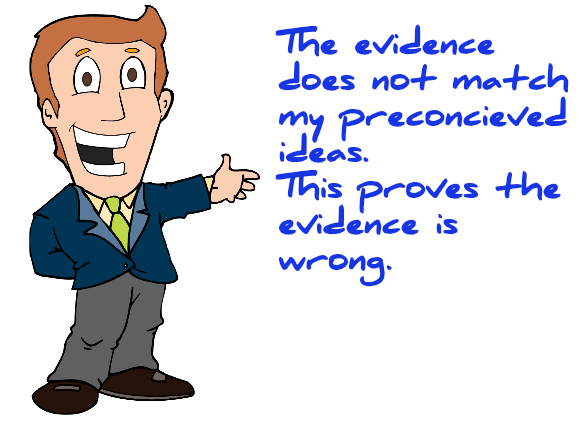 At that time the Feast of Dedication took place at Jerusalem. It was winter, and Jesus was walking in the temple, in the colonnade of Solomon. So the Jews gathered around him and said to him, “How long will you keep us in suspense? If you are the Christ, tell us plainly.” Jesus answered them, “I told you, and you do not believe. The works that I do in my Father’s name bear witness about me, but you do not believe because you are not among my sheep. My sheep hear my voice, and I know them, and they follow me. I give them eternal life, and they will never perish, and no one will snatch them out of my hand. My Father, who has given them to me, is greater than all, and no one is able to snatch them out of the Father’s hand. I and the Father are one.”

The Jews picked up stones again to stone him. Jesus answered them, “I have shown you many good works from the Father; for which of them are you going to stone me?” The Jews answered him, “It is not for a good work that we are going to stone you but for blasphemy, because you, being a man, make yourself God.” Jesus answered them, “Is it not written in your Law, ‘I said, you are gods’? If he called them gods to whom the word of God came—and Scripture cannot be broken—do you say of him whom the Father consecrated and sent into the world, ‘You are blaspheming,’ because I said, ‘I am the Son of God’? If I am not doing the works of my Father, then do not believe me; but if I do them, even though you do not believe me, believe the works, that you may know and understand that the Father is in me and I am in the Father.” Again they sought to arrest him, but he escaped from their hands.

He went away again across the Jordan to the place where John had been baptizing at first, and there he remained. And many came to him. And they said, “John did no sign, but everything that John said about this man was true.” And many believed in him there.

This encounter with the Pharisees occurred during the feast of Dedication. This was not one of the feasts prescribed in the Mosaic Law. It was a feast declared by Judas Maccabeus. He declared an annual feast to remember the re-dedication of the Temple after its desecration by Antiochus.

Jesus was walking in the Temple, in the colonnad0e of Solomon. This was not the original porch built by Solomon. The Chaldeans destroyed that one. This was a colonnade built by the Jews after their return from Babylonian captivity. It was simply named after Solomon

The Jewish leaders surrounded Jesus on Solomon’s colonnade. This was a well thought out attack on Christ. They wanted to have Christ admit He was the Son of God in front of a mob. They were hoping the mob would rise up. They wanted the mob to either kill Jesus or hand him over to the Romans.

They asked Christ to end the suspense. They gave the pretense of a sincere question. But, they did not care about the answer. They already knew the answer. Christ had already told them.

We live in a time when society thinks ignorance is a sign of intelligence. That is, if you claim certainty about anything, you are ignorant. We live in a culture time that claims, certainty is an impossibility. But how can we be certain we cannot be certain? It is self-contradictory.

The Pharisees asked Jesus to tell them in plain uncertain language rather or not He was the Messiah. They act as if they were confused. They charge Jesus with not being clear. Jesus is clear. He says “I told you in clear unambiguous terms. I am the Messiah.” The problem was not that Christ was not clear. The problem was they did not like the answer. They did not believe because they did not want to believe.

Why did they not want to believe? Christ tells us. This is where He makes the ordo salutis clear. They did not believe because they did not belong to Christ. Pop Christianity says you have to believe before you become one of Christ’s own. This is not the historic understanding. And it is not what Christ says. Christ says the opposite. You do not believe because you are not one of His. In other words, regeneration is a prerequisite to belief. Belief is not a prerequisite to regeneration.

That is a great comfort. Our salvation is not dependent upon us. It is wholly the work of God. Christ then commands us to respond to that work. But the first step, the first move, is God’s. We are a gift from the Father to the Son.

Jesus did not conceal the fact He was the Christ. He pointed to His miracles as His testimony. The Jews knew His works. They knew they were signs Jesus was the Son of God. “Rabbi, we know that you are a teacher come from God, for no one can do these signs that you do unless God is with him.” (John 3:2b) They knew the answer to their question. They just did not like the answer.

Christ mentions His works to convict them. Not only did they have Jesus’ teaching, they had His miracles. They did not believe either of them. They did not believe because they did not belong to Christ. The gift of believing is a special gift. As Paul mentions in Ephesian 2:8-9, our faith is not our own. It is from God. Before men may know Christ, Christ must know them. (Romans 8:29-30, Galatians 4:9)

Some claim, since it is God who brings us to belief, we are not liable for our unbelief. They confuse man’s nature and man’s will. We refuse Christ because we do not want Christ. God does all that is necessary to induce men to believe. But like a wild animal who refuses to be tamed, we refuse the bridle of God.

God must change our nature. He makes us new creatures. That is why Jesus said, “You must be born again.” (John 3:1-7) When we receive faith in Christ, we are no longer the same. The Father has infused His love for the Son in us. We are no longer our own. We belong to Christ.

Christ’s sheep hear His voice. They are not Christ’s sheep because they obey the Gospel. The God calls those who are His and they respond. They prove they belong to Christ by their faith. Their faith does not make them Christ’s.

The insincerity of their question becomes obvious with the reaction to the answer. They tried to stone Christ.

Jesus asked them what got their panties in a wad. Why did they want to stone Him? Which of His deeds caused them consternation? Jesus points back to evidence of His claim.

Men always justify their sin. “It is not for a good work that we are going to stone you but for blasphemy…” They claimed they were defending God’s glory. This raises a question. When we defend the church against heresy, how do we know we are not Pharisaical?

The answer is to study God’s word. But wait! Didn’t these Pharisees study the God’s word? They were able to quote large passages. They were like so many today who claim to know Christianity. What is the difference?

They accused Christ of blasphemy. There are two kinds the blasphemy. The first deprives God of the honor that belongs to Him. The second ascribes to Him anything unsuitable or contrary to His nature. Their accusation would have been correct if Christ was only a man.

Jesus did not say they misunderstood. He does not say, “Oh you misunderstood me.” Or even, “I misspoke.” He claimed they were wrong. He did not blaspheme not because of a misunderstanding. He said He did blaspheme because He is God. Then He did not tell them to just have faith. He points to external, cold, hard, evidence.

The scripture says you are gods. The passage Christ quotes is in Psalms 82:6. This has caused confusion and concern with a lot of people. They try to make more out of it than it is there.

Part of the problem is our normal use of the word god. We think a god is more than human. We think of a god as having supernatural powers. So we conclude, if we are gods, we must have supernatural powers. That is not what scripture is teaching. The scripture calls men gods whom God has given a position of honor and authority. Being a god is not be the God. A god is not equal with the God. Being a god does mean we have authority not given to the rest of nature. Being a god means we are the God’s ministers. We rule nature with His authority. It is the same reason Scripture calls angels gods. They bring God’s glory to the world.

Christ rather than trying to defuse the situation doubles down. “Do you say of him whom the Father consecrated and sent into the world, ‘You are blaspheming’ because I said, ‘I am the Son of God.’” In other words, “You say I blaspheme because you don’t like what God sanctified? Do you see the problem here?” He goes back to His miracles as proof if His Divinity. If they could not believe Christ’s words they had Christ works as proof.

Jesus says the reason he does these works is He is Divine. The Father is in Him and He is in the Father. The mob could not get their head around it and that just enraged them. They tried once more to stone Him.

Christ was able to escape and went to the place where John used to baptize. Here we learn that it is not always right to stand our ground and fight. Even when we are right. Christ left so He did not need to be a constant battle. Could He have won the battle, of course. But that was not His purpose.

The fact that many came to Him at the Jordan shows Christ was not hiding. He continued to teach. He made a sanctuary in the wilderness.