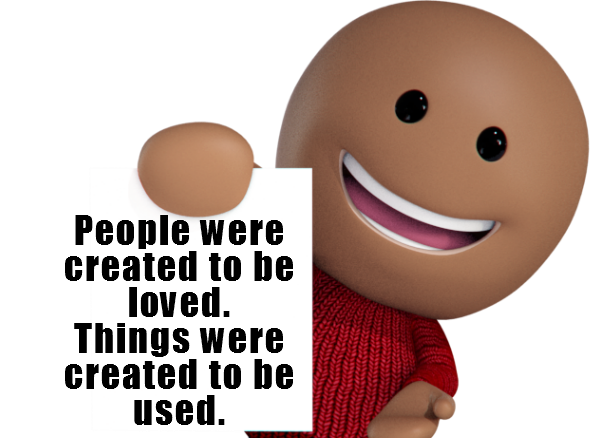 Come now, you rich, weep and howl for the miseries that are coming upon you. Your riches have rotted and your garments are moth-eaten. Your gold and silver have corroded, and their corrosion will be evidence against you and will eat your flesh like fire. You have laid up treasure in the last days. Behold, the wages of the laborers who mowed your fields, which you kept back by fraud, are crying out against you, and the cries of the harvesters have reached the ears of the Lord of hosts. You have lived on the earth in luxury and in self-indulgence. You have fattened your hearts in a day of slaughter. You have condemned and murdered the righteous person. He does not resist you.

Scripture does not condemn wealth itself. It is often seen as a blessing from God (Prov. 10:22). But, as a social class, the wealthy are often guilty of exploiting and oppressing the poor. So it is not the possession of wealth that James condemns here. James condemns the use of wealth and power to harm and control others.

The context shows James condemns extreme greed. James condemns those who try to hold on to everything so it can rot in their chests. God’s vengeance is so horrible and severe that the rich will howl without constraint.

James is not calling the rich to repentance. James is pronouncing God’s judgment. He is doing so to terrify them. Everything he writes here leaves the wealthy in despair. There is no hope of pardon. So, he is not writing here to call the wealthy to repentance. Rather, he is writing to calm those who have suffered wrong. He is writing so they may bear up under the oppression.

The vices James mentions are not limited to the rich. Many spend what they have on luxury. They spend it on show and pretense of status. The greed of some will not allow them to spend money at all. As a result, they live in their own filth. Since the purpose of wealth is to aid life, it is inhumane to spend with no benefit. Or to never spend it.

James not only condemns the use of wealth for greed and status, he also condemns cruelty. It is extreme cruelty to use another for our benefit and then discard them. Cruelty is a companion of greed. That is what happens when a laborer provides us a service and we refuse to pay them. Or we delay that payment.

You may say slow payment is good cash flow management. You may say it is good business. You may say that is capitalism. But God says it is evil. Pay what you owe when you owe it.

James adds God hears the cries of the poor. The wrongs they suffer will not go unpunished.

The passage ends with James addressing the vice of luxury and sinful gratification. Those will wealth seldom stay within the limits of moderation. They abuse their wealth with excessive indulgences. Even the wealthy should practice frugality. God, through the prophets, condemned excessive living. God condemned those who slept on ivory beds, used precious ointments. God condemned those who pleasured themselves with feasts and music. They were like fat cows in rich pastures. They killed or destroyed any who opposed them.

James implies the audacity of the rich was so great they oppressed even the unprotected. Those who posed no threat. The rich did it because they could. They did it for sport.

When we turn to Christ, we become rich in His mercy and grace. Don’t horde it. Share it. Share His grace and mercy to others.