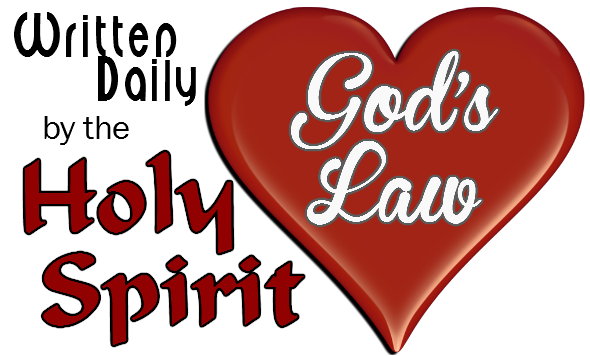 When the day of Pentecost arrived, they were all together in one place. And suddenly there came from heaven a sound like a mighty rushing wind, and it filled the entire house where they were sitting. And divided tongues as of fire appeared to them and rested on each one of them. And they were all filled with the Holy Spirit and began to speak in other tongues as the Spirit gave them utterance.

Now there were dwelling in Jerusalem Jews, devout men from every nation under heaven. And at this sound the multitude came together, and they were bewildered, because each one was hearing them speak in his own language. And they were amazed and astonished, saying, “Are not all these who are speaking Galileans? And how is it that we hear, each of us in his own native language? Parthians and Medes and Elamites and residents of Mesopotamia, Judea and Cappadocia, Pontus and Asia, Phrygia and Pamphylia, Egypt and the parts of Libya belonging to Cyrene, and visitors from Rome, both Jews and proselytes, Cretans and Arabians—we hear them telling in our own tongues the mighty works of God.” And all were amazed and perplexed, saying to one another, “What does this mean?” But others mocking said, “They are filled with new wine.”

God gave His church the Holy Spirit 50 days after Passover. Why? Why that day? This was one of the holy days celebrated by the Jews. It was a feast which celebrated two things. It was when the Jews brought the first fruits from the harvest to the temple. Also, it celebrated receiving the Torah or Law at Mount Sinai.

God gave the law to the people fifty days after Passover. He wrote it on stone tablets with His own hand. This Pentecost was fifty days after the resurrection or the true Passover. This time God gave His promised Holy Spirit. In the old covenant, God wrote the law on stone. In the new covenant, the Holy Spirit writes the law on our hearts daily. It fulfilled in reality what was figurative in the Mosaic Law.

The sound of a violent wind caused a crowd to gather. It caused people to wonder, what was going on. They heard a strong wind. But they did not feel or see the effects of wind.

The Spirit is often signified by wind (John 20:22). When Christ was about to give the disciples the Holy Spirit He breathed on them. In Ezekiel’s vision, there was a whirlwind and wind and fire. (Ezekiel 1:4) The Greek word translated Spirit can also mean a current of air or wind.

The divided tongues like fire were a sign along with the wind. Divided means it was distributed amongst them. The word translated tongue in version 3 is the same word translated tongue in verse 4. In verse 4 they spoke in other tongues as the Spirit gave them the ability to speak. It was not that Galileans were speaking their language alone that amazed them. What amazed them, even more, was they heard the Gospel in their own language.

The diversity of languages did not hinder the preaching of the Gospel. The Gospel is for the whole world. They preached the Gospel in many languages so we would know it was not only for those in that corner of the world. God caused them to preach in a way to cause the Gospel to break out with diverse tongues like fire.

A diversity of tongues came through the wickedness of men. (Genesis 11:1-9) Now God draws men to Him in spite of our wickedness.

The miracle was not in the ears of the hearers. It was in the mouths of the speakers. The power of the Holy Spirit came to those in the upper room. It was not given to the crowd.

Luke tells us the tongue were like fire. The Lord showed their message would inflame the men’s hearts. The preaching of the Gospel purges the old. It consumes this world’s vanity and renews everything in the world.

Luke wanted the miracle to be clear to us. He listed the nations represented in the crowd. These were nations that were not close to each other. For example, Libya and Pontus, Rome and Parthia. These were far from apart. There was no commonality of language. There was no commonality between the Italians and the Cappadocias, the Arabians and the Pontus.

The Gospel’s presentation amazed the crowd. Galileans were speaking their native tongue. How could these men learn and understand their language? “After all we all know Galileans are redneck hillbillies. They ain’t even all the bright.” Even the crowds’ prejudices served God’s purpose. It brought Him glory. Uneducated redneck hillbillies were preaching the Gospel.

Here is one of the most gracious, benevolent, and amazing works of God in all human history. God indwelled men with His Holy Spirit. Yet some mocked. How beastly! Men saw with their eyes the power of God. Yet they went beyond disbelief. They mocked the power of God.

Men’s wickedness gives men the audacity to spue evil against God. The world starts with mocking. Then it moves to petty objections. Act 4:7. Then it moves on to threats, Act 4:17. Then it imprisons, Act 5:18. Then it assaults. Act 5:40. And finally, it murders Act 7:58.

Let us not condemn those who mocked. Let us pity them. We were like them. If you are in Christ, He has given you a gift which you did not earn. Without God’s grace and mercy, we too would mock God’s holiness. It is our nature to mock God. Paul tells us in Roman 3:10-18 none of us honor God in our natural state. God must renew us. God births us. (John 3:3-8) He makes us new (2 Corinthians 5:17) Praise God for His mercy and grace.