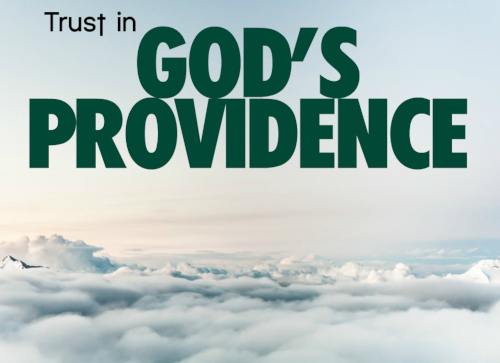 Then they returned to Jerusalem from the mount called Olivet, which is near Jerusalem, a Sabbath day’s journey away. And when they had entered, they went up to the upper room, where they were staying, Peter and John and James and Andrew, Philip and Thomas, Bartholomew and Matthew, James the son of Alphaeus and Simon the Zealot and Judas the son of James. All these with one accord were devoting themselves to prayer, together with the women and Mary the mother of Jesus, and his brothers.

In those days Peter stood up among the brothers (the company of persons was in all about 120) and said, “Brothers, the Scripture had to be fulfilled, which the Holy Spirit spoke beforehand by the mouth of David concerning Judas, who became a guide to those who arrested Jesus. For he was numbered among us and was allotted his share in this ministry.” (Now this man acquired a field with the reward of his wickedness, and falling headlong he burst open in the middle and all his bowels gushed out. And it became known to all the inhabitants of Jerusalem, so that the field was called in their own language Akeldama, that is, Field of Blood.) “For it is written in the Book of Psalms,

“‘May his camp become desolate,
and let there be no one to dwell in it’;

“‘Let another take his office.’

So one of the men who have accompanied us during all the time that the Lord Jesus went in and out among us, beginning from the baptism of John until the day when he was taken up from us—one of these men must become with us a witness to his resurrection.” And they put forward two, Joseph called Barsabbas, who was also called Justus, and Matthias. And they prayed and said, “You, Lord, who know the hearts of all, show which one of these two you have chosen to take the place in this ministry and apostleship from which Judas turned aside to go to his own place.” And they cast lots for them, and the lot fell on Matthias, and he was numbered with the eleven apostles.

After Christ ascended to heaven the disciples returned to Jerusalem. They were a Sabbath’s day journey from Jerusalem. That is about ¾ miles. The scripture does not describe or define a Sabbath’s day journey. Rabbis determined it. It was the distance a person could travel on the Sabbath without breaking the Sabbath. It was a human fabrication. The law only prescribed rest on the Sabbath. Where God gives grace men make laws.

The disciples’ reaction to Christ’s ascension is quite different from Christ’s death. In both situations, Christ was no longer with them in body. The first time, they scattered to the four winds. This time, they were all together. They returned to the small room where they were staying. They remained there for 10 days.

This may have been the same room where they hid after the crucifixion. It was probably located close to the temple courts where the visiting crowds assembled (2:5–12).

The church at Rome claims the supremacy of Peter. One piece of evidence they use is the order Luke gave for the apostles. Luke listed Peter first. Using that same argument Mary, Jesus’ mother, must be the least of all the women. Luke listed her last. The order Luke listed the Apostles has no significance.

The veneration Rome gives Mary is also undue. This is the last mention of Mary in the New Testament. There is no doubt about Mary’s importance in the life of Christ. Yet, Mary’s role in the early church appears insignificant.

The women Luke mentioned were the men’s wives. Families made up the church from the very beginning. Again Rome errors when requiring celibacy of priests. The apostles had wives. Even Peter had a wife. And the apostles took their wives with them on their journeys. (1 Cor 9:5)

Women played, and continue to play, a vital role in the church. Christ first revealed his resurrected body to women. When the men fled for their lives, the women went to the tomb. The women are with the apostles when the Holy Spirit came upon them. They remained fearless. The danger posed by the authorities did not deter them.

The entire group was devoted to prayer. They were waiting for the Holy Spirit, the promised gift from God. Those who do not understand prayer may ask. “Why pray for the Holy Spirit? God promised it. Their praying for something God promised shows a lack of faith.” Prayer is never a lack of faith. When we ask for what God has promised, that is the evidence of faith. Prayer is communion with God.

Peter stood up before the group. The men he addressed were the 10 remaining apostles. (11 minus Peter) Rome states this too is evidence that Peter is the head of the church. He was the one who addressed the assembly. This ignores all we know about Peter. To be blunt, Peter was a loudmouth. Peter would speak out when it was better to keep silent. Talking was Peter’s nature, as a dog’s nature is to bark. Peter addressing the assembly does not make him the chief Apostle. A car with a broken muffler is not the chief among cars. Yes, the Holy Spirit spoke through Peter. But the Holy Spirit speaking through a person does not elevate that person. The Holy Spirit spoke through both Pilate and Balaam. Neither of which are examples of godliness. Pilate wrote above Christ on the Cross “King of the Jews.” Balaam blessed Israel rather than cursing them.

I do not intend to disparage Peter. Peter was an Apostle. I only point out the absurdity of Rome’s logic. It is Rome that errors. We err when we elevate men. Christ is head of the Church. It was not Peter. Nor is it the Pope.

Peter said Judas fell headlong and his guts gusted out. Matthew wrote Judas “hanged himself” (Matthew 27:5). It appears during or soon after hanging, his body fell to the ground and broke open.

Peter reminded the 10, they should not let Judas’ betrayal trouble them. It may seem strange that Jesus would choose someone He knew would betray Him. Jesus allowed this traitor into His inner circle. Why? Scriptures were to be fulfilled. Rather than a source of trouble, this was to be a source of assurance. This should strengthen their faith.

Luke provides a summary of Peter’s address. It appears Peter recounted the betrayal and resulting events with Judas. Judas had received all the rewards he was going to get. And then he died. Peter reminded them that they were to replace Judas. He referred to Psalm 109:8.

There are people who call themselves apostles today. But none of these so-called apostles meet any of the requirements for apostleship.

There were two who met the first two requirements, Joseph and Matthias. But God only called one. The apostles did not choose the successor to Judas. This was not a democratic process. The entire Church did not vote. Nor was the church given veto rights. The choice was God’s. It was God’s alone. They trusted in God’s providence.

The way Luke described Joseph, showed they held him in high regard. Luke gave Joseph’s two other names, Barsabbas and Justus. Giving his 3 names shows respect. It is even probable the other apostles preferred him. But he was not preferred by God.

God often passes over men whom we believe are the best choice. We do not earn favor with God. He gives His grace and mercy as He deems fitting. God’s grace is not earned. God grants it.