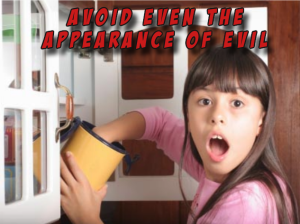 Thanks be to God, who put into the heart of Titus the same concern I have for you. For Titus not only welcomed our appeal, but he is coming to you with much enthusiasm and on his own initiative. And we are sending along with him the brother who is praised by all the churches for his service to the gospel. What is more, he was chosen by the churches to accompany us as we carry the offering, which we administer in order to honor the Lord himself and to show our eagerness to help. We want to avoid any criticism of the way we administer this liberal gift. For we are taking pains to do what is right, not only in the eyes of the Lord but also in the eyes of man.

In addition, we are sending with them our brother who has often proved to us in many ways that he is zealous, and now even more so because of his great confidence in you. As for Titus, he is my partner and co-worker among you; as for our brothers, they are representatives of the churches and an honor to Christ. Therefore show these men the proof of your love and the reason for our pride in you, so that the churches can see it.

There is no need for me to write to you about this service to the Lord’s people. For I know your eagerness to help, and I have been boasting about it to the Macedonians, telling them that since last year you in Achaia were ready to give; and your enthusiasm has stirred most of them to action. But I am sending the brothers in order that our boasting about you in this matter should not prove hollow, but that you may be ready, as I said you would be. For if any Macedonians come with me and find you unprepared, we—not to say anything about you—would be ashamed of having been so confident. So I thought it necessary to urge the brothers to visit you in advance and finish the arrangements for the generous gift you had promised. Then it will be ready as a generous gift, not as one grudgingly given.

Paul sent Titus to help the Corinthians prepare the offering along with two others. Titus had the same love and concern for the Corinthians as Paul. In fact, the idea of returning to Corinth was Titus idea. The identity of the other 2 is not known. There is speculation the first one, the “brother who is praised by all the churches”, was either Barnabas or Luke. However, the true identity is unknown.

Paul sent a total of 3 people to Corinth in order to help the Corinthians prepare. The fact that 3 men were sent gives the idea that there was an expectation of a great gift, not only by Paul but also by the other churches.

Paul says he and those with him administered the offering to honor the Lord. Giving money and administering it is one of the ways we serve our Lord. The very act of giving money is a spiritual act and honors Christ. Paul took pains to insure Christ was honored. Not only by doing what was right in the sight of God, but by avoiding the appearance of wrong. Paul’s motives were to not allow men to blasphemy the name of Jesus because of his actions.

The more upright and righteous a person is, the more he is attacked by Satan. If Satan can discredit or cast doubt on the integrity of an upright person, he will. Thus the more visible the office or position the greater the care must be taken. The higher one is esteemed, the more carefully he should follow Paul’s example regarding modesty and care. We do not want to give Satan and the world any opportunity to defame our Lord by defaming us. Nothing is more ripe for accusation than the handling of money. John Calvin said that “nothing more certainly invites slanderous attacks than to be handling public money.” Paul, by his example, is telling us that doing right is paramount. But we are not to disregard the opinion of men.