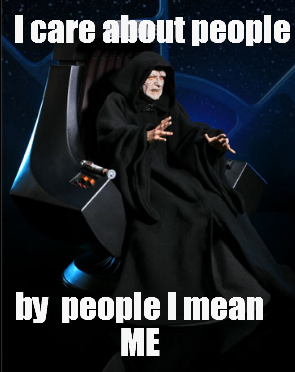 Teach and urge these things.If anyone teaches a different doctrine and does not agree with the sound words of our Lord Jesus Christ and the teaching that accords with godliness, he is puffed up with conceit and understands nothing. He has an unhealthy craving for controversy and for quarrels about words, which produce envy, dissension, slander, evil suspicions, and constant friction among people who are depraved in mind and deprived of the truth, imagining that godliness is a means of gain. But godliness with contentment is great gain, for we brought nothing into the world, and we cannot take anything out of the world. But if we have food and clothing, with these we will be content. But those who desire to be rich fall into temptation, into a snare, into many senseless and harmful desires that plunge people into ruin and destruction. For the love of money is a root of all kinds of evils. It is through this craving that some have wandered away from the faith and pierced themselves with many pangs.

While Paul addresses the letter to Timothy, it is as if Paul had our post-modern culture in mind as well. Our culture is relativistic. Our culture condemns as narrow-minded anyone who does not accept all views as valid. (Except for the view that not all views are valid) Paul has no problem with the label “narrow-minded”. Why? All views are not valid. His concern is the cause of Christ. He suffered beating and imprisonment for his “narrow-mindedness”. There is no benefit in a doctrine that departs from the Gospel of Christ. Such a doctrine only causes harm.

Paul warns Timothy to oppose those who are not benefiting the church. Such men are benefiting themselves. We have the same problem today. There are leaders in the church who are in the business of selling things rather than lifting up Christ. There are books on financial management, raising children, and even humor. None of these are bad. You can argue they are good. But they do not instruct us in the fear and worship of God. They do not oppose Christ, but they will use His name to sell a book, a course or some gadget.

Preaching things that do not teach us to fear and worship God turns the word of God into trivia. At best it is a philosophy or worldview.

We should oppose that type of preaching as one of the most destructive things in a church. Those who preach such meaninglessness are not in open resistance to the gospel. Nonetheless, they make a false profession of adhering to it. Additionally, they are infectious. Paul tells Timothy to avoid them like a dangerous plague.

To set it all in context Paul says we brought nothing into this world and we will take nothing from it. So the one who dies with the most toys wins…. nothing. All we need in this life is food and clothing. By mentioning this Paul excludes all luxuries and abundance.

Paul explains the danger in desire or ambition, especially for ministers in the Church. The love of money is not the cause of all evil but it is the cause of a lot of evil. Being rich is not evil. It is the desire or ambition to be rich that causes evil. Everyone who resolves to become rich gives himself over as a captive of the devil.