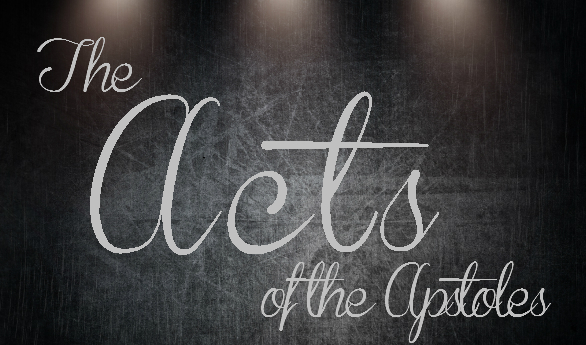 This is the second book in a two-volume set. The author of Acts is Luke. He also wrote the Gospel bearing his name. Luke’s gospel opened with a brief prologue. It identified the recipient, Theophilus, and previewed the theme of the book.

The first book informed Theophilus “all that Jesus began to do and teach.” This volume continues that story. It tells Theophilus what Jesus continued to do and teach after His ascension. Jesus continued to teach through His apostles. Early manuscripts and patristic sources titled this book “The Acts of the Apostles.” This is a misnomer. This book is not the acts of the Apostles. It is a record of Christ’s acts after His ascension.

The author is Luke, a physician and a traveling companion of Paul. Luke was a Gentile. It appears Luke wrote Acts in the late first century. This would have allowed him to interview many eyewitnesses of the events. He then added those to his travels with Paul. He may have written Acts before 70 AD.

This is a historical book. It describes what happened. But, it also contains the spiritual interpretation of the events.

The Greek vocabulary is a polished vocabulary. This indicates a well-educated author. This book acts (no pun intended) as a bridge between the Gospels and the Epistles. The Gospels open with John the Baptist. John predicts the Greater One will come to baptize with the Holy Spirit. But as the Gospels close that promise was not fulfilled. The book of Acts records that fulfillment. As a result, Acts provides the context for the Epistles.
Luke also looks to the future. It foretells of Christ return. It speaks of Christ as the judge. Acts tells us Christ’s redemptive work continues. It includes His death, burial, resurrection, and ascension. Christ continues to redeem us today.