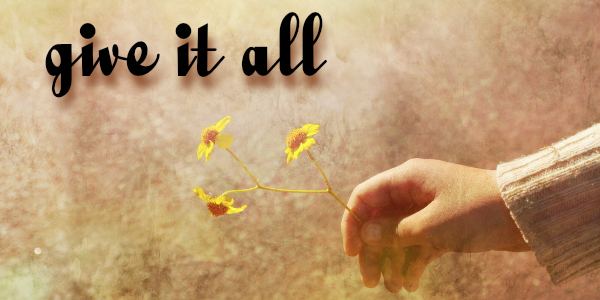 And he sat down opposite the treasury and watched the people putting money into the offering box. Many rich people put in large sums. And a poor widow came and put in two small copper coins, which make a penny. And he called his disciples to him and said to them, “Truly, I say to you, this poor widow has put in more than all those who are contributing to the offering box. For they all contributed out of their abundance, but she out of her poverty has put in everything she had, all she had to live on.”

The offering boxes were in the women’s court of the temple. This gave everyone access to it. The offering box was a receptacle used to collect freewill offerings. Worshipers who came up to the feast would give to buy wood for the altar and other necessaries.

A widow threw into the treasure two small copper coins. This coin, the lepton, was the lowest denomination in circulation. The two together were worth a penny. This coin was a Roman coin worth 1/128 of a denarius. A denarius was one day’s wage. That makes it worth about six minutes of an average daily wage. Yet Christ said it had more value the all the other contributions combined.

Christ highlights a practical doctrine. God values an offering by its cost to us not by its inherent value. A dollar from Warren Buffet or Bill Gates would not be worth much. A dollar from someone who only had a dollar would be worth very much. The value of the dollar does not change. It is the value of the offering that changes.

We do not own ourselves. Christ purchased us with the blood of Christ. All we have belongs to Him.

It is not enough for those with great wealth to surpass the common people in their giving. It is less value in God’s sight that a rich man heaps a pile of cash than the poor man who exhausts his store.

In her giving, the widow testified all she possessed belonged to God. The sacrifice God requires from us is all we have.

It is probable the offerings were not put to proper use. But the Law was still enforce. The sinfulness of men could not prevent sincere worshipers from doing what was holy. The widow kept the Law of God when she offered her gift to God.

The woman is set in stark contrast to the religious leaders. She was a poor widow. They were rich. She was uneducated in the law. They were well educated. She was a woman. They were men. She had no power. They had great power. They showed no faith and actually stole money from God and men. She showed great faith and gave out of her extreme poverty everything she had.

God’s economy is not the same as man’s economy.