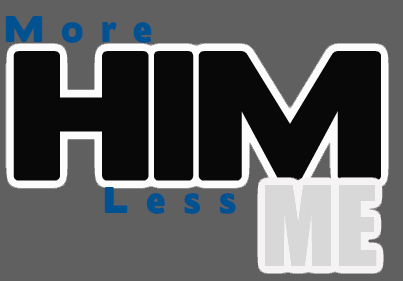 After this, Jesus and his disciples went into the Judean countryside, and he remained there with them and was baptizing. John also was baptizing at Aenon near Salim, because water was plentiful there, and people were coming and being baptized (for John had not yet been put in prison).

Now a discussion arose between some of John’s disciples and a Jew over purification. And they came to John and said to him, “Rabbi, he who was with you across the Jordan, to whom you bore witness—look, he is baptizing, and all are going to him.” John answered, “A person cannot receive even one thing unless it is given him from heaven. You yourselves bear me witness, that I said, ‘I am not the Christ, but I have been sent before him.’ The one who has the bride is the bridegroom. The friend of the bridegroom, who stands and hears him, rejoices greatly at the bridegroom’s voice. Therefore this joy of mine is now complete. He must increase, but I must decrease.”

He who comes from above is above all. He who is of the earth belongs to the earth and speaks in an earthly way. He who comes from heaven is above all. He bears witness to what he has seen and heard, yet no one receives his testimony. Whoever receives his testimony sets his seal to this, that God is true. For he whom God has sent utters the words of God, for he gives the Spirit without measure. The Father loves the Son and has given all things into his hand. Whoever believes in the Son has eternal life; whoever does not obey the Son shall not see life, but the wrath of God remains on him.

Both John and Jesus were baptizing in the same area. The reason given is the area had plenty of water. John Calvin comments we can infer from this both John and Christ baptized by immersion. But, he adds, this is not a statement about the method. we should not worry about the outward rite, so long as it agrees with the Lord’s appointment and rule.

Christ’s baptizing is the public beginning of Christ’s exercising His the office. The office appointed to him by the Father.

John’s disciples began a discussion about purification. They did so even though they were ill-informed on the doctrine. The fact they were defending a doctrine they did not understand was a problem. But the bigger problem was this. They were more interested in defending their teacher rather than God’s commands. We need to learn two things from this. First, we need to learn and understand the doctrines taught in scripture. Second, we are not to follow men. Our purpose is to serve God not defend the teachings, or vision of any man.

John’s disciples did not think Jesus was showing John the proper respect. They were trying to make Christ inferior to John. John had baptized Jesus. In their mind, that meant Jesus should honor John. Instead, Jesus was baptizing in the same area as John. Plus, people were going to Jesus, rather than John for baptism.

John’s response was one we should all learn to embrace. It was not within John’s power, nor his disciples, to make himself great. All that we receive, we receive from the hand of God. Not even Jesus took the honor for himself. The Father gave it to him. (Hebrews 5:4).

To illustrate his point John uses the analogy of a wedding. A bridegroom does not invite his friend to the wedding to prostitute the bride to them. He invites them to honor the marriage with him.

Christ does not call his ministers to claim dominion over the church. Christ calls ministers to work and prepare the Church for Christ. Pastors are to remember their place. The Church does not belong to the pastor. The church belongs to Christ. Some churches and church members hold allegiance to their pastor rather than Christ.

The evangelist begins verse 31 with, “He who comes from above is above all.” He ends the verse with, “He who comes from heaven is above all.” He repeats himself. Many may consider the repetition superfluous and dismiss it. But the meaning is profound. It is Christ alone who speaks from above because he is from above. And when the evangelist says “He who is of the earth…” this is because Christ descended from Heaven. Christ is a man. Christ’s nature is both human and divine.

Christ teaches only what the Father has revealed. Even so, no one believes Him. John exhorts and encourages the all to embrace the doctrine of the Gospel. We are often embarrassed because we are alone or our numbers are few. There was no reason we for our shame or uneasiness because of small numbers. God is the author of our faith. We believe only because God has given us mercy. He gives us the grace required to believe. But not to believe the Gospel is a great an insult to His love and mercy.

John points out the excellence of Christ and the end of his mission. So often we fail to release what a completed work. We think better of ourselves than we ought. We think God must have something else in mind for me. Realize, our purpose is to do His will. We are only tools in His hand. A carpenter does not use a hammer all the time. Sometimes he lays the hammer down and picks up a saw. A different tool for a different use. Your time may have ended. We may need to turn over the work to someone with a different skill set.

When John says the Father loves the Son. Does that mean God does not love anyone or anything else? The answer to that is easy. The Father’s love for the Son is not a common love. It is not a love God has for men He has created, nor His other works. It is a love that is peculiar to the Son. The love flows starts with the Son and then flows from Him to all creation.

The love the Father has for the Son is such that any who believe in the Son have eternal life. Faith in the Christ is the cause of life. We find life in Christ alone. We share in it only by the grace of Christ Himself.

Christ promises us life and His sweetness by trusting in Him. The other side of that coin is, not believing in the Christ brings eternal death. We have life only when it flows from Christ.

From the moment we came into existence our destiny was death. We are children of wrath. Death hangs over all non-believers. They cannot escape.

But the good news, the Gospel, is Christ came to take away the sins of the world. Jesus is the resurrection and the life. Anyone who believes in him, even though he may die, will live. (John 11:25)